Home > About Us > Our History > Our Monographs

Knowing where we come from is central to knowing who we are. Since 2001, the Central Synagogue Archives Department has published several monographs focusing on particular parts of the congregation’s history and the New York Jewish community. These books contain pictures and insight from historians and important figures who have influenced Central Synagogue’s past and present. We also preserve earlier publications about our congregation and its history. 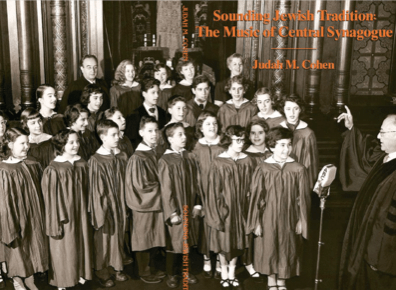 “This outstanding monograph offers us unique insight into the history of Jewish liturgical music in America as it evolved to find its own voice in American society. At the heart of this history are generations of rabbis, cantors and their choirs, and musicians who continually strived to enrich our worship and Jewish communal life. We are honored and proud to share their story with you.”
—Rabbi Peter J. Rubinstein, Rabbi Emeritus of Central Synagogue 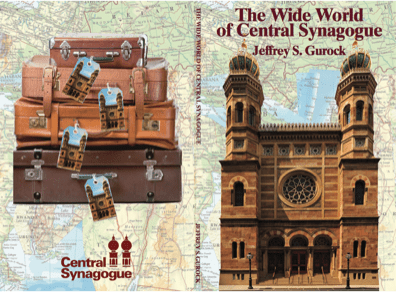 The Wide World of Central Synagogue

Explore the history of how our rabbis and synagogue leaders have engaged our local, national, and international communities in seeking justice and social change through a Jewish lens.

The author, Dr. Jeffrey S. Gurock, is the Klaperman Professor of Jewish history at Yeshiva University and a nationally recognized scholar and writer of New York Jewish history. His book, Jews in Gotham: New York in a Changing City, won the Jewish Book Council’s Jewish Book of the Year prize in 2012. 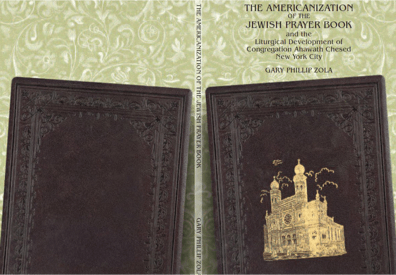 “This monograph explores the development and tension between individual congregational liturgies and a denominational prayer book. We should be proud that rabbis of our congregation were instrumental in the evolution of an American Reform prayer book, which eventually became the Union Prayer Book, a precursor to the present Mishkan T’filah.” —Rabbi Peter J. Rubinstein, Rabbi Emeritus of Central Synagogue 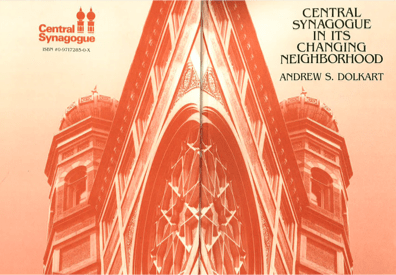 Central Synagogue in Its Changing Neighborhood

In 1872 Central Synagogue moved from its small building on the Lower East Side to the grand structure on Lexington Avenue and East 55th Street—where it still stands today. What prompted this move? How was Central Synagogue influenced by its old and new surroundings? How did the synagogue relate and contribute to the development of the Midtown neighborhood? These questions are explored to their fullest in this monograph by architectural historian Andrew S. Dolkart.

Andrew S. Dolkart is an architectural historian who teaches at Columbia University and has written extensively about the architecture and development of New York City. He has also written walking tour guides to the Upper East Side, Harlem, and Lower Manhattan, published by the New York Landmarks Conservancy. 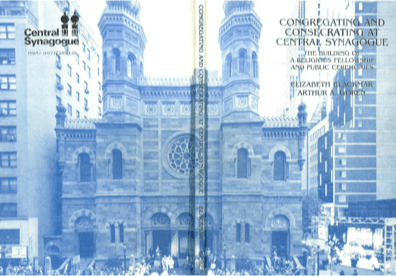 Congregating and Consecrating at Central Synagogue

How did Central Synagogue respond to the changing conditions of life in New York City throughout its history? This monograph, divided into two parts, explores ideas of social group development and melding, as well as identity-building of membership. It also examines the ways in which public ceremonies help create and sustain the bonds of religious fellowship. The book includes several pages of photographs that give visual context to these two engaging and informative essays. 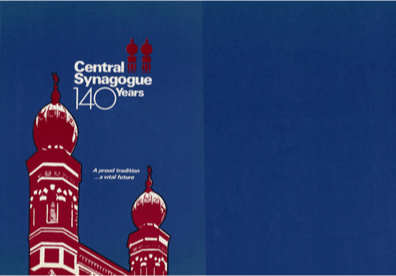 This anniversary publication assembled by Central congregants Fuld, Stone, and Ross is both a look back at Central’s long history and a snapshot in time. Published in 1979, this concise essay is illustrated with both historical and contemporary images of congregational life. 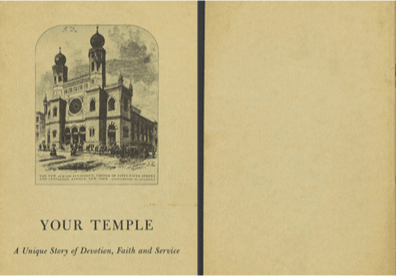 The oldest of Central’s publications, “Your Temple” preserves an address prepared and delivered by congregational president Herbert Schwarz in 1958. The narrative retains the personality of a spoken lecture, and gives insight into how Central and its members thought about the synagogue at the time.