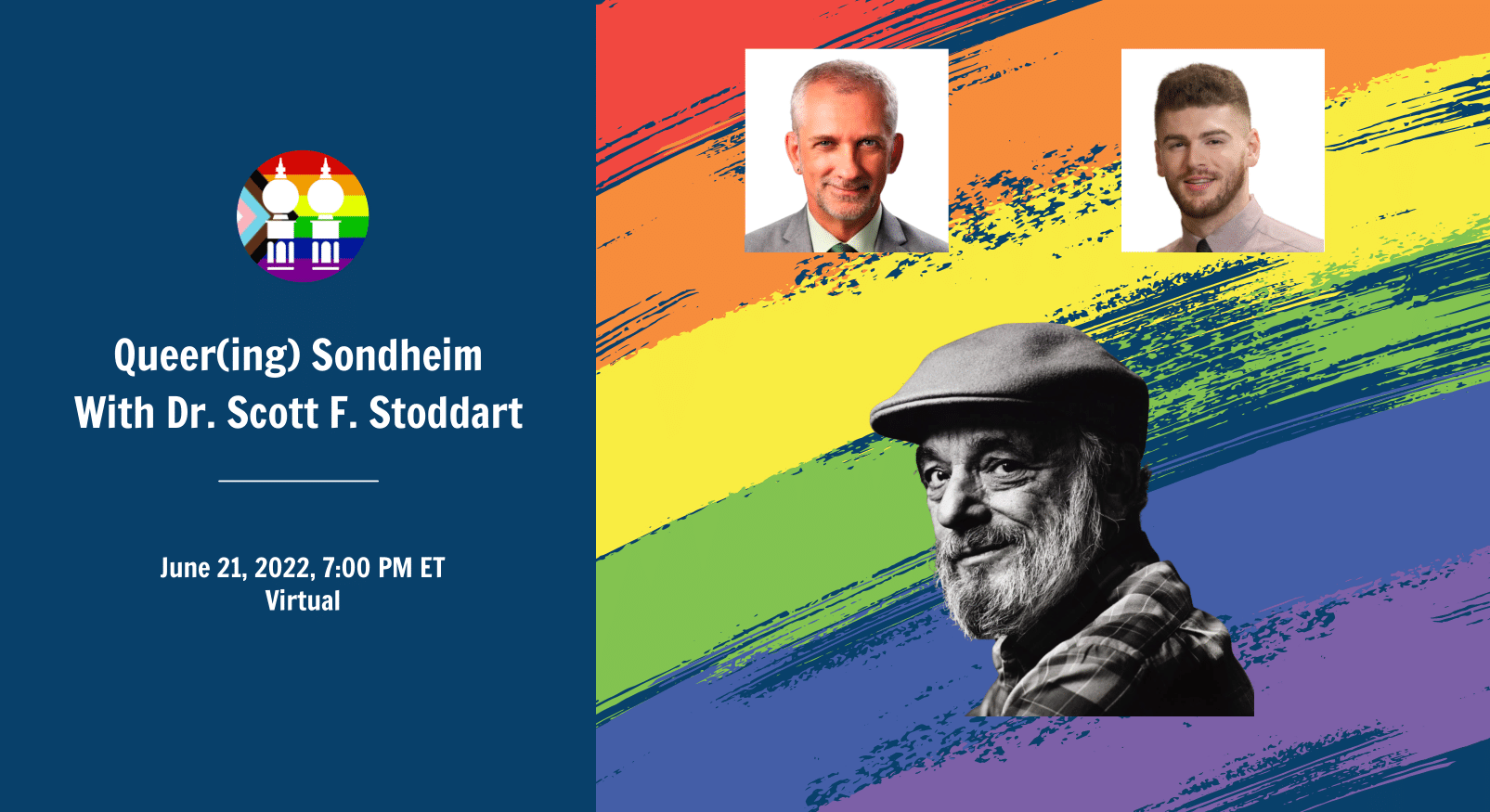 We’d like to propose a toast: to Sondheim, and to the wondrous complexity of his queerness. This Pride month, join Dr. Scott Stoddart & Central staff member Jake Stepansky for a riveting, rich, rambunctiously resonant conversation about all things Queer Sondheim. What does it mean for a musical to be “queer”? How have directors drawn out this queerness in their interpretations of Sondheim’s work? How do the queer instances that have always permeated Sondheim’s work resonate for gay audiences? Drawing on intensively-researched Sondheim scholarship and of-the-moment lived experience, our hosts will kibbitz and question and query and queer Sondheim. Grab a vodka stinger (or your non-alcoholic beverage of choice!) and cozy up with old friends and new for this virtual fireside chat.

Queer(ing) Sondheim is part of our evolving Summer of Sondheim series, celebrating the life and legacy of the late, great Stephen Sondheim.

He has a doctorate in American Literature and Cinema from the University of Illinois at Urbana-Champaign, where he earned his Master’s in American and British Literature. He has a BA from the University of Maine at Farmington, with majors in both English and History, and minors in Secondary Education and Theatre. He has published over 30 essays on the fiction of Henry James, E. M. Forster, F. Scott Fitzgerald and Patricia Highsmith; the musical plays of Stephen Sondheim; and the films of the Coen Brothers, Tom Ford, Jane Campion, Jack Clayton, George Cukor, John Ford, Oliver Stone and Martin Scorsese. He has also published on the image of the president in Hollywood film and in television.

In Person and Virtual

A New Path to Atonement