Purim, the “upside down” holiday, is a joyous and playful one-day holiday that falls during the Hebrew month of Adar (usually late February and/or March). On Purim, we commemorate the story told in the book of Esther in which Queen Esther and her cousin Mordechai saved the Jews of Persia from an antisemitic plot devised by the evil Haman, advisor to King Ahashverosh. This book, also called the Megillah (scroll), is unique among other sacred texts in that it is considered a parody or a satire, and does not mention God.

At Central, Purim provides those of all ages with an opportunity for celebration and fun. Happenings include a Kriat Megillah, or rowdy and silly reading of the Megillah wherein listeners “blot out” Haman’s name with noisemakers (groggers) and “booing”; mishloach manot or the sending gifts (often food) to friends; matanat l’evyonim or the giving gifts to the poor; and seudat mitzvah, a festive meal, and dressing up in costumes. 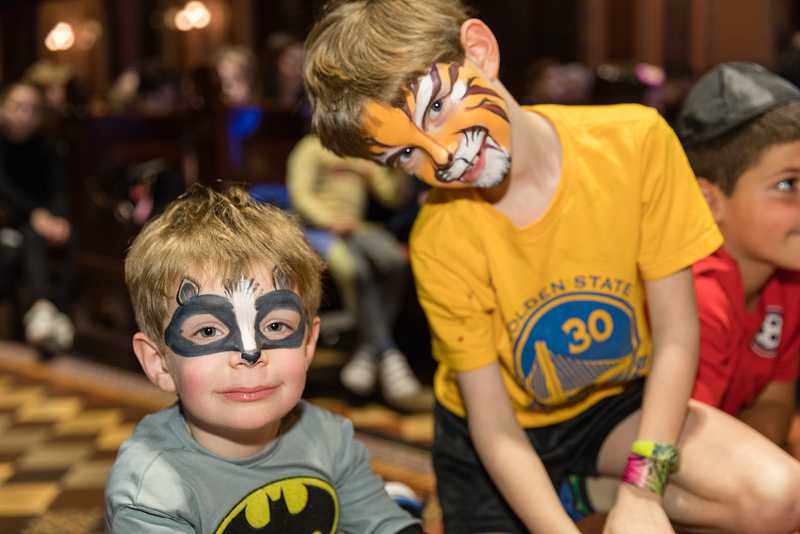