Panel Discussion
2:00 PM - 3:15 PM
A conversation on repentance and forgiveness in an age of mass incarceration. Led by Rabbi Hilly Haber. This event will also be live streamed to the Community House only.

To deepen our understanding of spiritual repair and renewal, we invite you to join us for a conversation about teshuvah (return) in the age of mass incarceration. Rabbi Hilly Haber will moderate a panel discussion between Terrance Coffie, Topeka K. Sam, and Kempis “Ghani” Songster whose lives have been directly impacted by the criminal justice system, and who have dedicated themselves to creating social and political change in America. The cost is free, however, member or guest tickets required for entry. The panel will also be live streamed in the Rabbi Rubinstein Chapel in our Community House. 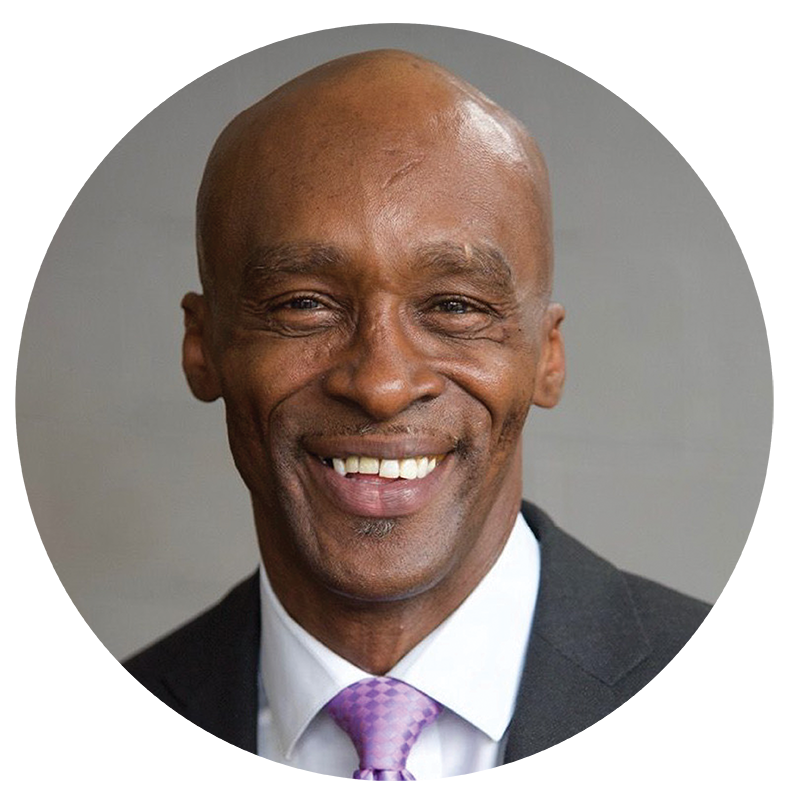 Terrance Coffie is a 2017 graduate of New York University’s Silver School of Social-Work , where he earned his Bachelor’s and Master’s degrees in the field of social-work, with a focus in criminal justice reform. As an advocate, activist and educator, Terrance has committed himself to creating social and political change within the criminal justicesystem. Terrance is employed at The Doe Fund as the Community Affairs Liaison, an Adjunct Professor at New York University’s Silver School of Social Work, where he teaches Forensic Justice in Problem Solving Courts. He is also the founder of Educate Don’t Incarcerate , a grassroots organization that raises awareness surrounding criminal and juvenile justice reform. During his tenure at NYU, Mr. Coffie interned at the prestigious McSilver Institute for Poverty Policy and Research.

During his tenure at NYU, Mr. Coffie interned at the prestigious McSilver Institute for Poverty Policy and Research. He was named the 2017 NASW-NYC Alex Rosen Student of The Year, the 2017 Excellence in Leadership Award Recipient, and NYU’s 2016 President’s Service Award Recipient & Excellence in Leadership Award Recipient for his development of the College Pathways Program , which assists young men of color in obtaining educational opportunities. In 2017 he made his debut as a contributing author in Race, Education and Reintegrating the Formerly Incarcerated Citizen (Lexington Books). Terrance has appeared on numerous venues such as: Yahoo News with Katie Couric and NY1 News - In Focus with Cheryl Wills discussing relevant topics in relations to criminal justice reform in America. He has been published in USA Today regarding Reentry and Voting Rights for the formerly incarcerated. Through his efforts he also gained the support of famed activist Michelle Alexander, author of the New York Times bestselling book, The New Jim Crow: Mass Incarceration in the Age of Colorblindness, he is currently in the process of producing the documentary Caged Roses, that focuses on the juvenile justice system in America . Terrance has gained national recognition for his commitment to criminal justice reform.

After spending over 19 years of his life going through the revolving door of incarceration and recidivism, it was in 2009 when he entered The Doe Fund, a transitional reentry program that assists the formerly incarcerated with changing their
lives, it was here that he not only broke the cycle of incarceration, but as he shares “found his purpose!” As a formerly incarcerated person, Terrance brings a very insightful, distinctive and unique perspective surrounding these issues, specifically in the area of reentry. Terrance believes that “those who are closer to the problem, are also those who are closest to the solution” in creating a more fair and equitable system of justice. 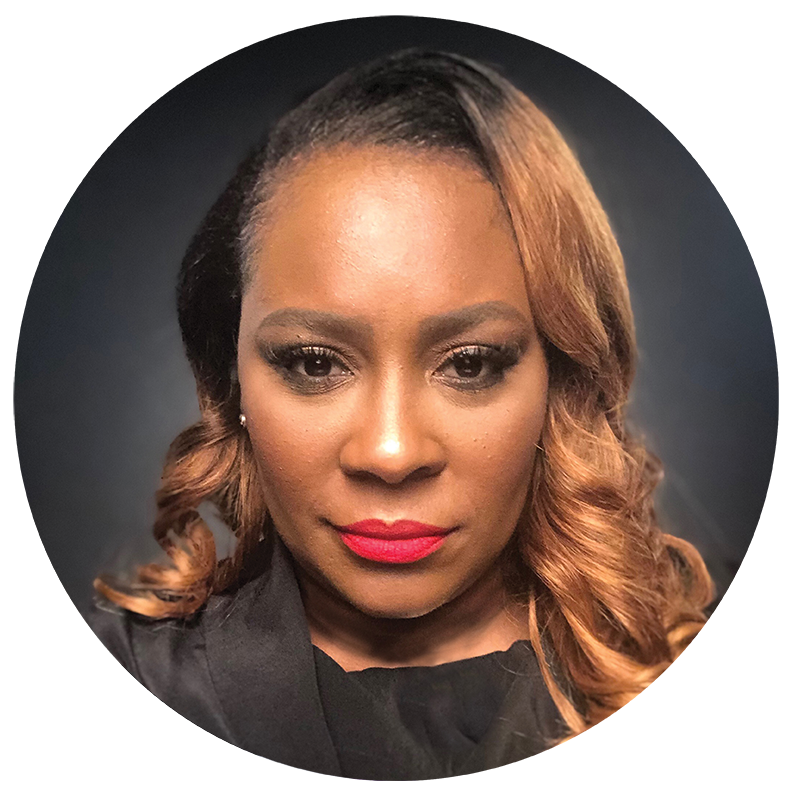 Topeka K. Sam is the Founder and Executive Director of The Ladies of Hope Ministries – and co-founder of HOPE HOUSE NYC. She serves on the board of directors for Grassroots Leadership, Coalition for Public Safety and The Marshall Project.

Since her release from Federal Prison on May 5th, 2015, Topeka has become a Beyond the Bars 2015 Fellow and a 2016 Justice-In-Education Scholar both from Columbia University, a 2017 Soros Justice Advocacy Fellow, a 2018 Unlocked Futures Inaugural Cohort Member, 2018 Opportunity Agenda Communications Institute Fellow, Director of #Dignity Campaign for #cut50, Senior Advisor of New Yorkers United for Justice, Host of “The Topeka K. Sam Show” on SiriusXM UrbanView Channel 126 Sundays 9am est., and has recently signed a development deal as Executive Producer for a scripted and unscripted series inspired by her fight to change the many problems that plague female incarceration with 44 Blue Productions.

Topeka has been featured in Vogue, Essence, SalonTV, Vice, New York Times. She has been featured in Glamour Magazine and Black Enterprise for being “The Black Woman behind the video that led to the Trump Clemency of Alice Johnson.” She has spoken at the 2018 United States of the Woman Conference, 2018 Women in the World Conference, 2018 White House Prison Reform Summit, is a TedxMidAtlantic Superheros Presenter and has received many awards for her contributions transforming the lives of women and girls impacted by the criminal legal system.

She has worked and continues to work selflessly and relentlessly in her fight for the dignity, decriminalization and decarceration of women and girls. 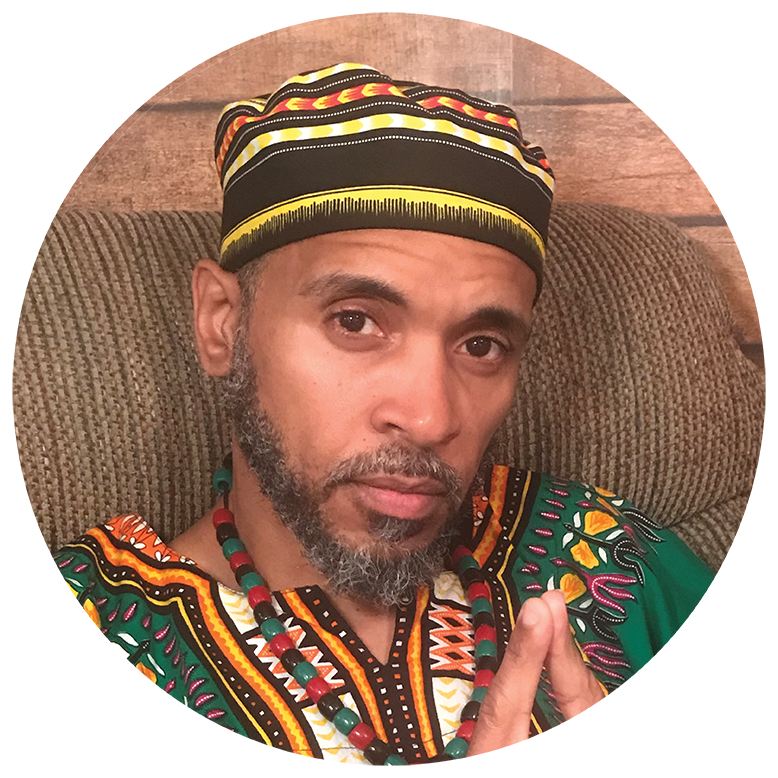 Kempis “Ghani” Songster was imprisoned in 1987 for murder. Despite the fact that he was only 15, he was certified as an adult, convicted of first-degree murder, and received a mandatory life sentence without parole. He became what is called a juvenile lifer. While in prison, Kempis developed and facilitated prison programs such as Cultural Awareness and Self-Enhancement (CASE) and From Trauma to Triumph, and also co-designed and co-facilitated the Fathers And Children Together (FACT) program. He has co-founded outside nonprofits such as The Redemption Project, and Ubuntu Philadelphia; and is a founding member of Right To Redemption, which helped launch Philadelphia’s Coalition to Abolish Death By Incarceration (CADBI). After 30 years of incarceration, Kempis was released from prison, at the age of 45. Since his release, he has joined the staff at the Amistad Law Project, where he continues to work for the release of others, as well as to end the sentencing of human beings to life without parole/death by incarceration. He is also a member of Ecosocialist Horizons, where he has joined the fight for a more livable planet.​

Help our Synagogue continue to shine brightly as a force of optimism and hope by donating to our annual campaign. Your gift will help support everything that makes Central unique and special.